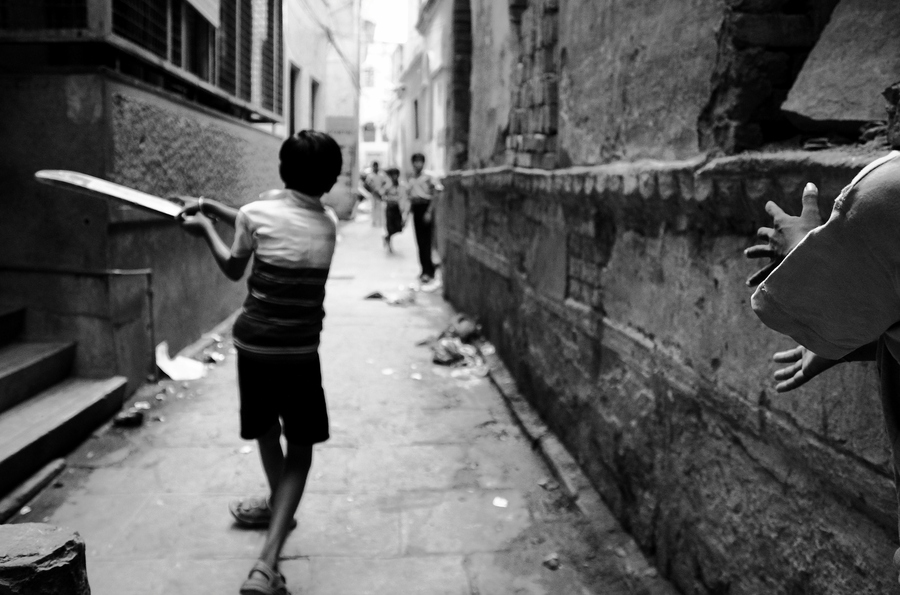 While the word ‘heritage’ invokes visions of lofty palaces, domed fortifications or crumbling yet quaint mansions, it actually could be something as simple as the way you cook rice at home or greet the elderly in your family. Heritage is what has survived from the past, and woven its way into the fabric of our present, bringing together the personal, the communal, the collective and everything in between. Heritage is the Pashmina shawl your mother picked on her maiden trip to Kashmir. Heritage is the memories of a whole lifetime spent picking fresh apples and melons at Crawford market. Heritage is the prized Remington typewriter that powered your swashbuckling grandfather’s journalistic career, and which he refused to let go of till he breathed his last. Heritage is the mildewed photograph from your mother’s graduation ceremony that has survived the arduous exercise of shifting to a new home eleven times over. Heritage is that unique flavour that only your grandfather can manage to bring to her Gajar ka halwa. It is, however, very easy for the definition of heritage to slip into the domain of nostalgia, wherein all that belongs to the past feels valuable by default. But it is often seen that heritage survives, and thrives, owing to the interplay between nostalgia and utility. The sturdy walls of Shahjahanbad, or Old Delhi, as it is more commonly called, became an immediate casualty of the need for the Delhi of the ‘50s to expand and urbanize. But the medieval spice markets of Khari Baoli and the shops selling sequins and filigreed laces in the Kinari Bazar, in the same locality, continue to thrive, right into the twenty-first century. Similarly, the imposing Nyay Mandir, once the administrative seat of the erstwhile Baroda State, like many other colonial structures, now houses the district court of Vadodara.

Yet our heritage must not be looked at merely as scrap parts meant to be repurposed for modern usage. Our heritage, more than anything, is a proud symbol of our shared identity, often emblematic of the very character of a city or community. The spirit that ought to guide our perspective should, therefore, not be that of sterile conservation but care and nurture. Char Minar, for instance, is widely hailed as the symbol of Hyderabadi pride. Why, then, does the traffic chaos and sheer lack of sanitation in its immediate surroundings not bother us? Why does the iconic Badi Chaupar in Jaipur have so much garbage lying around? How can the once luxuriant façade of Lucknow’s Kaiserbagh inching towards complete decay not shock us into action? Aren’t we slowly losing the sensitivity to respect what we are privileged to have inherited? Why else do our hearts not bleed when we see entire monuments in our vicinity getting swallowed up by unmitigated urbanization, owing to our incessant hunger for real estate? While common people like us can pass it all over as administrative failure, what cannot be denied is how this is reinforced by our collective apathy towards our heritage spaces. Do we leave our family jewels lying around the house, gathering dust? No, they are tucked safely away, ensconced in a muslin wrap. Why, then, are the architectural jewels of our cities falling apart? If the old streets of Bhopal or Agra don’t beckon its residents, now and again, a sight of their exquisitely built mansions setting their hearts aflutter, then that is certainly a cause to worry. How do we, as a society, get ourselves to care for our heritage, the very roots of our existence?

Those who have lived through Delhi’s gradual evolution into a metropolis in the 1950s, take great delight in narrating the joys of cycling around the largely uninhabited Mehrauli, past the Keekar trees, the ubiquitous medieval tomb, and the sundry rural clusters. They speak of the tonga rides that brought them to the fashionable restaurants in Connaught Place, and their monthly sojourns to Old Delhi to procure their supply of grocery. A child growing up in the Delhi of 2017 can hardly identify with these descriptions. The reality of her experiences in the city jars with what survives merely in memory. However, we can ensure that she, at least, grows up appreciating the essence of her city’s character. While the past is not meant to be recreated, it can surely be carried forward through a positive influence on the present. She should, therefore, be encouraged to know her way around the best shops and eateries in the city, her passion fuelled by some of the inherited nostalgia. It is our responsibility to ensure that she finds the cityscape endowed, and not infested, by the many relics of the past. Giving shape to a generation which is not merely conscious of but also in love with its roots will yield the kind of active citizenship that could safeguard our heritage. Under their watch, elaborate family recipes wouldn’t be forgotten, an authentic Pochampally or Bandhej dyed fabric will continue to be treasured, and the Ram Leela or Ramzan festivities will always retain their flavour, the changing political landscapes notwithstanding. Such a generation will be prepared to embrace the wave of globalization as it converges into the East. A generation that does more than just gaping at the world, eager to borrow from their cultural contours, and is quite secure in its own identity. So, while they know their wine-and-cheese routine, and their Nolan and Almodovar, they are equally adept at draping a six-yard with elegance, and can tell you a thing or two about Robindro Shongeet. It shall be a generation acutely aware of how it must rise up to be the carrier, nurturer and upholder of its heritage. For if they fail it, who else would come to the rescue? This ought to be the societal paradigm that ushers in our future – raring to go, yet firmly rooted.

Prashant is an Ashoka University Young India Fellow (YIF), a post-graduate leadership development program, run in collaboration with UPenn-USA and Science Po-Paris. His interest in heritage got him involved with the Indian Traditions and Heritage Society, or ITIHAAS, a Delhi-based educational trust working in the area of heritage education, in collaboration with the Ministry of Culture and UNESCO India. Over six years, he worked with thousands of school students from all over India, anchoring modules that focused on Delhi, Agra and Gwalior’s tangible and intangible heritage. Since 2015, Prashant has been participating in Erasmus Mundus’ Tourism Management program, offered jointly by the University of Southern Denmark (SDU) at campuses in Slovenia and Spain.